Cleantech Manufacturing in BC 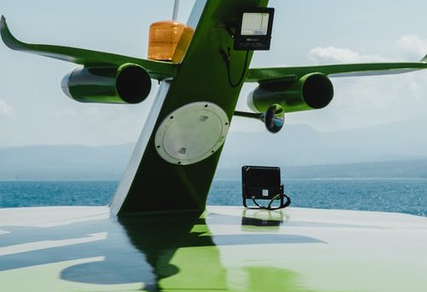 This is a response to Andrea Reimer’s recent National Observer article – https://www.nationalobserver.com/2021/02/18/opinion/cleantech-bcs-100-billion-dollar-opportunity

The article itself refers to KPMG’s third BC Cleantech Report Card. As with most Vancouver KPMG reports this one is long on generalities and short on specifics. There is no attempt to define “cleantech” which has always been a problematic, amorphous term. Their break-downs by sub-industry have no meaning without assumptions and context.

But Andrea is right on the money when she says BC has the makings of a good cleantech sector. You know a cleantech company when you see one. The seven she lists are winners. I was aware of four but enjoyed reading about the other three. I truly admire them all. And I do like the fact that most of them have kept the good jobs here.

I am a little skeptical though about Andrea’s proposed method for financing the new sector. I don’t think she would be able to reliably make such a sweeping statement in the short and medium term. It would have to be an analysis which is enterprise-by-enterprise. No problem. But it does require specificity.

Overall, her argument fits nicely into the general model for regenerating the BC economy. Use or acquire STEM based personnel. Use known advanced manufacturing technologies (while adding your secret sauce) to fuse something together that is novel and marketable. Working with government to create infrastructure that is world-beating and sector specific would take all these companies and more to the next level. Etc. Etc.

It would be interesting to see if these companies are pandemic proof. I see a couple that might not be. And what is the analysis about setting up new ones during the pandemic? This is where a creative and unique form of infrastructure building might come in.

Finally, we all know Andrea as a stellar individual. But old politicians never fade away in terms of their exuberance and expansiveness. Seven companies does not a sector make despite KPMG’s musings. It is the seeds of one. If there had been 10, 20 or 30 more she would have listed them. There are seven world-beaters, no more. BUT, she is right in saying that we can get a respectable piece of the action if we get our act together. My dry and dull opinion is that it requires much more meaningful partnering between universities, research institutions companies, all levels of government, etc. etc.

Then we figure out how to pay for it. Over the years I have spoken with VCs and merchant banks about Vancouver and BC. One of the top complaints is confusion within and lack of linkage between the relevant players. It is revealing to look at the investor lists on the sites of the several of the seven companies mentioned.