Employment in the Green New Economy 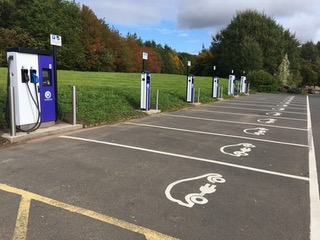 There is now wide agreement that the world’s economy is in transition to a much lower carbon emission future. This will increasingly mean changes in employment opportunities. Some jobs, such as those in the fossil fuel sector, will become less prevalent and other jobs much more in demand. For example, meeting the goals of the Paris Agreement will require a quadrupling of jobs in renewable energy to 42 million worldwide by 2050.

According to recent estimates some of the jobs that will be very much in demand in the new economy are:

Focusing on Electric vehicle workers, electric vehicle (EV) use is projected to increase rapidly, from fewer than 10 million EVs today to more than 1.5 billion by 2050. If half of all vehicles made were fully electric, 10 million net jobs would be added globally economy-wide by 2030, according to the UN and International Labor Organization. This includes jobs in EV assembly plants, battery manufacturing, and EV maintenance education. Consumers will also save money on maintaining their cars and thus spend more on more labor-intensive goods and services, the report says.