Predecessors of GTEC: Projects One and Two in San Francisco 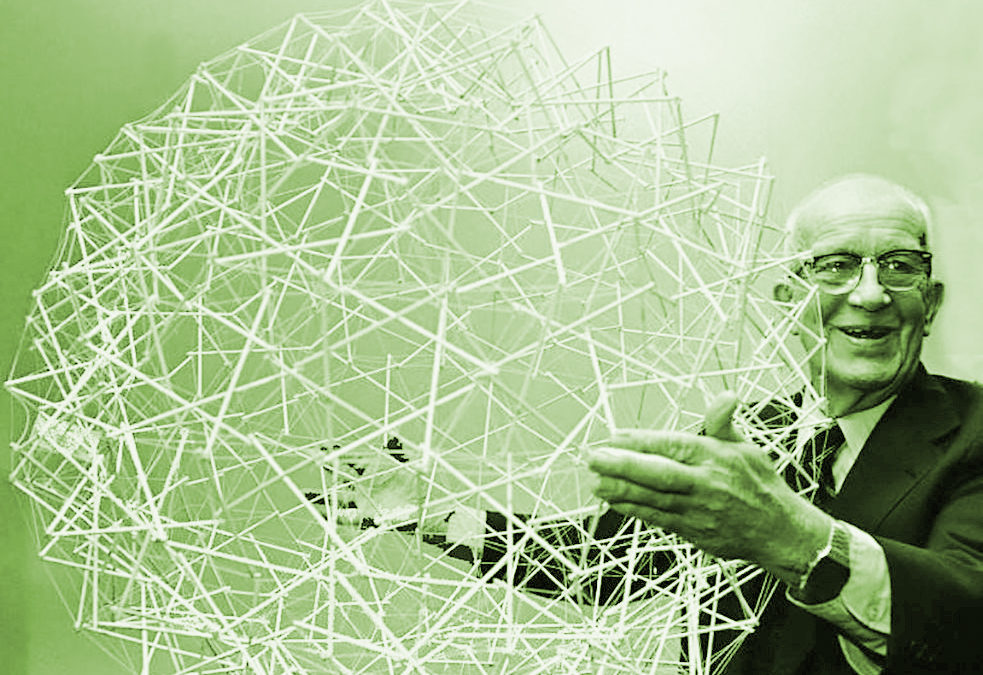 When I moved into the 4th floor of Project One a couple of pods down from Apples Daycare with a musician friend in the late summer of 1973, I had no idea that Project One had any connection to Buckminster Fuller [1] though the story goes Project One was the brainchild of architect Ralph Scott, a former student of Bucky. The project was a part of a kind social experimentation relating to the issues of creativity, innovation, and community that continues in North America to this day and, in this respect, it was a predecessor of GTEC.

Located in an abandoned candy factory warehouse, Project One housed dozens of artisans, musicians, sculptors, filmmakers, and technology organizations; in fact, it was sometimes described as a technological commune. The basement was alive with rock studios and the first floor had a huge studio like space with a mainframe computer and the complex apparatus of the light shows of the times. There were silkscreen and sculpting studios and by the third floor a maze of personally constructed spaces including a huge hobbit like community bath. It was as if the long-held back imagination of generations had been given play. It was alive, invigorating and generative.

Project One was an intentional, community of place located in San Francisco, California, U.S. The community lasted from 1971 to 1980 and was the first “warehouse community” in San Francisco. The community had no formal organizational structure and was governed by a voluntary weekly meeting of members who made decisions based on a consensus of those present. It rapidly became an interdisciplinary learning environment. Central to the concept was Symbas Alternative High School and a number of anchoring organizations which, in addition to their individual missions, served as work-study environments for the students. One of these, Resource One, conceived as a people’s computer center with a donated XDS-940 mainframe computer, became the first public computerized bulletin board system and home to the Community Memory Project established in 1973 and created by Lee Felsenstein,  Efrem Lipkin, Ken Colstad, Jude Milhon, and Mark Szpakowski, who all played central roles in the development of the personal computer. [2, 3]

Inspired by Project One, a small group of artists, seeking an affordable space in which they could live and make work discovered a vacant three-story warehouse at the corner of Alabama and Mariposa Streets that they could transform into a community. They moved in, created make-shift studios divided by improvised cloth barriers and tents. The community was dubbed “Project Two” or “P2” but the name was eventually changed to “Developing Environments” or “DE” [4].

With the advice and assistance of the building’s landlord, Ken Royce, they were able to obtain a low-interest loan to finance sheetrock walls, electrical wiring, plumbing, lighting, and the installation of a sprinkler system. They sledge-hammered openings in the external walls to create ample windows and an Alabama Street entrance. In 1972, they brought the building up to code, obtained a long lease, organized an internal system of self-governance based on consensus, and formalized their structure as a legal Artist live/work community. Developing Environments recently celebrated its 45th anniversary.

What are the findings of this social experimentation? Creativity thrives in environments that kindred spirits construct together and the proximity of like-minded individuals fuels innovations in technology, learning and ways of living in society. The issue of affordable housing is also being addressed. There is a common thread in the genesis of such communities of evolving templates for future living and a felt sense that there are significant powers accessible through the cooperation and sharing ideas and resources. Some of these elements appear in the more recent development of Innovation Districts.

More specifically, what are the implications for GTEC? Project One and Two are prototypes of environments that support and cultivate the creative class that Richard Florida [5] identifies as a key driving force for economic development in post-industrial cities. In Project One, for example, we see many of the early proponents of the PC revolution gathered together at one of the anchoring organizations, Resource One. In the enlivening atmosphere of Project One, technical innovation and service to the community conflated and evolved in an environment in which creativity was valued and housing affordable. The shift to a renewed economy based on clean technologies requires training and education, but also the inspiration and creativity cultivated in such environments. GTEC is designed to provide affordable housing for Vancouver’s flourishing creative core, make available training and education for cutting-edge technologies, support the development of clean technology industries, encourage a culture of experimentation and delight while assuring that the disadvantaged are included, rather than abandoned in a surge toward a new future.

[1] R. Buckminster Fuller was a renowned 20th century inventor and visionary who dedicated his life to making the world work for all of humanity. Fuller operated as a practical philosopher who demonstrated his ideas as inventions that he called “artifacts.” Fuller did not limit himself to one field but worked as a ‘comprehensive anticipatory design scientist’ to solve global problems surrounding housing, shelter, transportation, education, energy, ecological destruction, and poverty. While his most well know artifact, the geodesic dome, has been produced over 300,000 times worldwide, Fuller’s true impact on the world today can be found in his continued influence upon generations of designers, architects, scientists and artists working to create a more sustainable planet. https://www.bfi.org/about-fuller

[3] Isaacson, W. (2014). The innovators: How a group of hackers, geniuses, and geeks created the digital revolution. New York: Simon & Schuster.