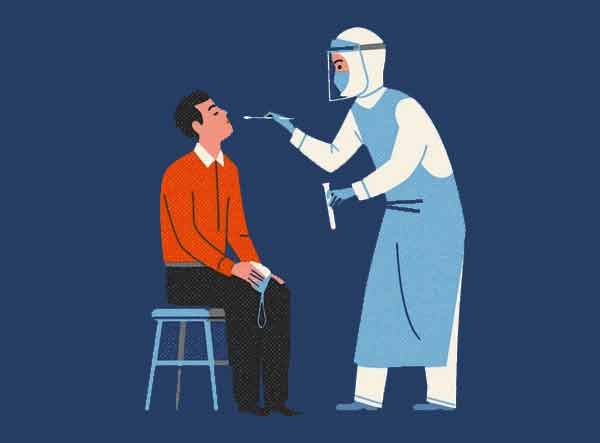 I hope you have found my frequent musings on the pandemic informative and interesting. It has been a cathartic exercise for me to document the unfolding of this historic natural disaster, depressing as the numbers are. Feedback is always welcome — thanks to those of you who have provided some.

Apart from the early outbreak in East Asia, most of the world has experienced at least 95% of its COVID-19 cases since March. So it seems appropriate to provide a quarterly summary at this point. What have we learned in those three months?

First of all, this virus is very contagious. It quickly migrated to over 200 countries worldwide, and those who responded slowly have paid a heavy price. At the end of March COVID-19 had infected 854,000 and killed 42,000. A month later the global totals were 3.3 million cases and 233,000 fatalities. Now at the end of May the numbers have almost doubled again to 6.26 M and 374,000. The only bright side is that the case mortality rate has gone down a bit, perhaps because diagnostic testing has increased internationally.

Western Europe was the first major battlefield. Italy, then Spain, France and the United Kingdom endured rapid increases in daily new cases, reaching their respective apexes from mid-March to early April. Steep death curves followed. Each of these four countries has now lost between 27,000 and 38,000 souls. With the exception of the UK, whose daily numbers are still worrisome, their active cases and mortality rates have subsided after three months.

Little Belgium was hit even harder, while Sweden, the Netherlands, Ireland and Switzerland also absorbed thousands of fatalities. As noted previously, Germany, Austria and the other Nordic nations reacted more effectively with shutdowns and testing, escaping the worst of the pandemic.

The United States became the next epicentre of the coronavirus. Starting in late March, New York and nearby New Jersey, Connecticut and Massachusetts spiked in new cases. Their statewide cumulative death rates all exceed one per thousand residents now, higher than any country (NY has surpassed 1.5 deaths per K). And they haven’t crushed their curves yet, but meanwhile COVID-19 has been making serious inroads from coast to coast. The US now has recorded 1.84 million cases and 106,000 fatalities. America has been at a plateau of 20,000 new cases a day for the past two months, and most days 1000+ have perished.

Unfortunately quarantine fatigue has now set in as the country gradually reopens. The anarcho-libertarian tendencies of many Americans, whipped up by the White House, are inhibiting efforts to reverse the curve. Mask-wearing and physical distancing have been spurned by millions. With nearly 1.2 million active cases right now, it seems likely that the US will continue to suffer many hundreds of deaths per day through the summer.

Following a similar pattern, Brazil has now leapt into second place in the unenviable statistic of total infections (over 500,000), with 1000+ dying daily for the past fortnight. Crowded conditions in the favelas (slums) of Sao Paulo and Rio, and a cavalier attitude from President Bolsonaro, are fueling a catastrophe. Brazil may eventually lose more people to the virus than even the USA. Peru, Chile and Mexico have also embarked on deadly trajectories that may overwhelm their fragile hospital systems.

I keep returning to the example of Sweden because of its non-conformist decision to keep some schools and businesses open throughout the pandemic, to minimize the effect on the nation’s economy and maybe to speed the development of “herd immunity”. The rationale is that subsequent waves of the virus will recur in other countries and force them to shut down again, while Sweden will be able to maintain normal operations. This “long game” strategy is proving costly: Sweden’s coronavirus curve shows a multi spike pattern, active cases are still increasing, and dozens per day are still dying (435/M and counting). But their excellent medical facilities are coping, and the wisdom (or folly) of this approach will be determined as 2020 rolls along.

Other countries are cautiously relaunching their economies, in some instances (like the US and Brazil) even before their COVID-19 curves have receded. Vigorous testing and tracing, quarantining of infected persons, and public distancing behaviours continue to be the major weapons in this fight, until a vaccine is found. Will it be enough to fend off a second (or third) wave? Will warmer summer weather slow the spread? The next quarter will be instructive.