Book Review of The Story of More by Hope Jahren 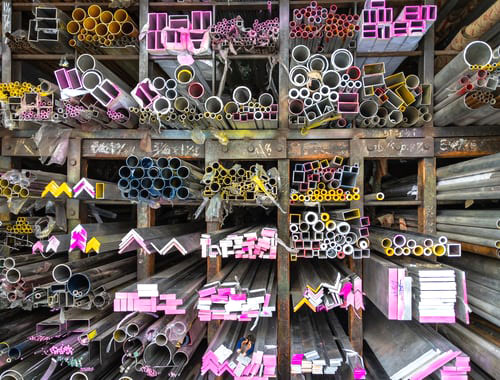 Readers who share my fondness for global statistics will find The story of more jam-packed with interesting numbers.  But far from being a dry recitation of data, it’s a concise and eminently readable book and a handy reference to buttress arguments about where we are as a species and how we might help to save the planet.  The author leavens her account with personal anecdotes about growing up in small-town Minnesota and about challenging her students to examine their habits as consumers.

Hope Jahren is currently a professor of paleobiology at the University of Oslo.  As she states tellingly in the book’s introduction: “I left the United States in 2016 and moved to Norway because I believe that my laboratory will have more support here and because I am worried about the future of science in America”.  Wow!

The story of more compares the scope of various human activities between 50 years ago and today.  It’s a story of growth on many fronts.  In those five decades world population has more than doubled, to nearly 7.8 billion.  Advances in medicine, public health and sanitation have reduced child mortality (from 20% to 4% by the age of five) and improved life expectancy (by 12 years).

During this half-century, production of cereal grains, meat and seafood has tripled.  Global fossil fuel use has tripled since 1970 and electricity use has quadrupled.  And yet nearly a billion humans, mainly in sub-Saharan Africa and the Indian subcontinent, still suffer from malnutrition and abject poverty, without access to electricity or clean water.  “Waste of edible food has increased such that it now equals the amount of food needed to adequately feed all of the undernourished people on Earth.”

The author’s overarching theme in documenting these quantities is that the affluent countries need to “use less and share more”.  She also summarizes a wealth of data on the risks posed by human activities contributing to climate change — a by-product of our culture of More.

These risks include air and water pollution, species extinctions due to habitat loss, melting polar ice leading to rising ocean levels and disastrous coastal flooding, extreme weather events, massive wildfires, etc.  A familiar story to the environmentally aware among us.

“Almost 90 per cent of the energy used on Earth — to drive, to cook, to light, to warm, to cool, to manufacture — comes from the burning of fossil fuels.… 40% is oil, 30% is coal, and another 30% is natural gas…. During the last five decades, global fossil fuel use has nearly tripled.”  Of course these are non-renewable resources whose proven reserves may only last another 50 years at current rates of consumption.  The implication for climate change mandates their reduction long before that.  But the replacement of fossil fuels by renewable sources that do not add carbon dioxide to the atmosphere will be a daunting challenge.

At present hydro power is the #1 alternative to fossil fuels, generating 18% of the world’s electricity.  Nuclear power is around 6%, but many nuclear plants are being decommissioned after the dangerous meltdowns of Three Mile Island and Chernobyl.  Wind and solar power together supply only about 5% of our global electricity needs.  Geothermal energy is not mentioned, perhaps because its use is rare outside of Iceland.

Switching whole hog to renewable energy at today’s level of electricity consumption is not possible for the United States, although I’ve heard people talk about it as if it were an attainable goal.

Many solutions have been proposed for removing carbon dioxide from the atmosphere: carbon capture and underground storage, enhancing rock weathering, stimulating plant growth (tree-planting etc.).  But these strategies may use more energy than they save, or may take many years to mature.  The author believes that “a serious shift toward energy conservation” could make more of a difference.  “There’s only one problem: driving less, eating less, buying less, making less, and doing less will not create new wealth.”  In our growth-oriented economies, business and industry will continue to oppose efforts at reduction.

Jahren does not address this enduring problem of capitalist societies: the growth imperative is the elephant in the room.  However she concludes the book with some practical suggestions for individuals to examine their values, gather information (an excellent bibliography is supplied), and make changes that involve “using less and sharing more”.  It’s a start.