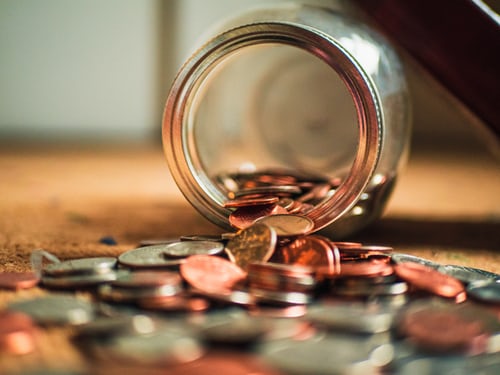 Around the world, people – particularly Millennials — are hitting the streets and social media with a barrage of information and demands regarding climate change. The size and passion of the outpourings is remarkable.  While still in the throes of the pandemic, governments are promising to roll out programs aimed at confronting the potential environmental disaster.

This is all understandable.  But is anyone keeping count of the public monies going out the door? Governments have distributed huge, but necessary, amounts of cash to citizens, organizations and businesses in need as a result of Covid-19. Meanwhile, essential and permanent social, medical and retirement programs have spiraling costs.

Going forward, environmental advocates argue that massive investments in exceptionally large programs concerning climate change and the creation of concomitant regulations will be the key factors in regenerating economies in the post-pandemic world. At the same time, established and essential industries such as airlines, vehicle and appliance manufacturers and materials industries are seeking and receiving bail outs.

Traditional economists raise the issues of deficits, debt and the textbook prognoses that go with these. However, alternative schools of thought within the profession are now more accepting of programs based on spending beyond “standard” limits.

The latter group points out that inflation, high interest rates, higher taxes and curtailed economic growth have not been overly significant problems during the ups and downs of the 2000’s even when historic debt loads were created to deal with the Great Recession. The argument is that established monetary and fiscal policies are malleable guidelines that, in today’s world, must evolve.

Still, mainstream economists do worry about deficits and debt to a lesser or greater extent. They argue that much of the last 15 years has been an anachronism and so returning to tried and true principles is advisable. They say that while the public may be more accepting of budget deficits during desperate times, politicians must be wary of approving transformative spending programs without considering how they will be financed as normality returns.  Higher interest rates, inflation and impaired economic growth are not out of the question.

But is either camp really on solid ground?

What is one to do in this era of conflicting sensibilities and what are the factors that should guide us?

First, it is unusual for people to have a strong desire for tough measures to deal with a non-immediate issue. Political economy tells us that it is problematic to generate public support for painful policies now with the gain only realized further down the road.  Perhaps understandably, climate change defies this truism, for younger people at least, even if the best information tells us that the major threat is likely some ways off.

Second, regardless of the stakes at play, we must take careful note of the fact that Millennials and other young people are front and center on this issue. This is the battle they are motivated to fight and that fact has ramifications for the future.

Third, the passion and momentum of the climate change advocates is so huge that any politician or policy expert currently attempting to draw attention to the problem of surging deficits and national debt has a tough job indeed. Nonetheless, the two issues are unquestionably dire and inextricably connected.  The vagaries of divided opinions on all this — based on arguments around fiscal data and trends — from within the economics profession do not assist in clarifying this point.

Fourth, to a lesser or greater extent, we do need to get our books at least some what in order before we can move ahead with serious resources dedicated to climate change and other key issues. No one should doubt that we must respect the fact that there will eventually be a tipping point of no return when it comes to deficits and debt.

Fifth, Boomers, unlike Millennials, have lived through extended periods of inflation, high interest rates, relatively high tax rates and stagnant growth. While they had many advantages, given the timing of their births, they have also weathered challenging ups and downs in the economy and this makes them cautious. Words like “debt” and “deficit” make them sit up and take notice.

Sixth, Millennials, on the other hand, have witnessed the short, sharp shock of the Great Recession with much less interest. They do not have the same historical perspective as previous generations in understanding the potential ramifications. Structural unemployment regarding this cohort was well on its way before the recession. For them, the primary debt they are concerned about are personal loans often for post-secondary education.  They are motivated to action by witnessing devastating hurricanes, tsunamis and the disappearance of coral reefs. Public debt triggered economic problems do not share the same importance with them.

Is there a “new normal” in public finance? Are there no lessons from economic history that we can rely on? Are the principles of how we balance public priorities permanently turned on their head? Most important, how do we assist our younger generations to recognize the need for a certain level of thoughtfulness when it comes to juggling public challenges?  What is the way forward?

First, we must be mindful of the fact that our public and private leaders are striving for stability during the most challenging period in modern history.  There can be no vacuous criticism without solid and valid suggestions for concrete change.  They need our support and assistance.

Second, it is essential to maintain the integrity of our health care programs, education system, community infrastructure and other necessary public programs. Nonetheless, going forward, the rationale for the prudent expenditure of every public dollar must, in the first instance, take into account the reality of environmental change.  Financial carrots and sticks must be disbursed with a level of effectiveness and discipline unheard of until now. Necessary regulations must be both intelligent and enforced.

Third, economic development projects leading to good jobs must have a significant component aimed at curtailing climate change.  Much needed retrofit and infrastructure projects as well as technology research and development should be the backbone for such an approach.

Fourth, despite the controversy within the economics profession, there is little historical evidence that excessive spending, on a narrow set of public priorities, has ever lead to solid economic growth let alone the improvement of the targeted set of issues.  Environmental activists may well need to put some water in their wine.  Tough, nuanced and disciplined thinking, based on the best possible scientific evidence, must prevail. Spending on the amelioration of climate change must be done in a step-by-step fashion that respects other priorities.

Fifth, perhaps more than any other action that could be taken, our leaders need to standup and give a full and precise accounting of what has been done and then a complete report on what is being proposed for the future in terms of balancing current exigencies.  This will take a level of transparency and political courage unheard of in recent generations. In effect, while applying the best information and creativity available to their strategies, they will be required to admit that they really do not, as yet, fully understand how competing interests will be harmonized.

Sixth, public and private leaders, as well as economists, can learn a great deal from the sort of communication styles that Millennials respond to and use among themselves. Climate experts, using understandable and accurate modelling, garner the attention of many to an extent that those advocating for a reasonable amount austerity can only dream of.

Finally, current economic, environmental and social realities require framing of concerns about public expenditures and national debt.  The message and messengers must be reasonably unassailable. Now, more than at any other time in recent history, the public are paying close attention and expect the most astute policies possible from the public and private sectors. Nonetheless, expectations must be informed, balanced and reasonable.