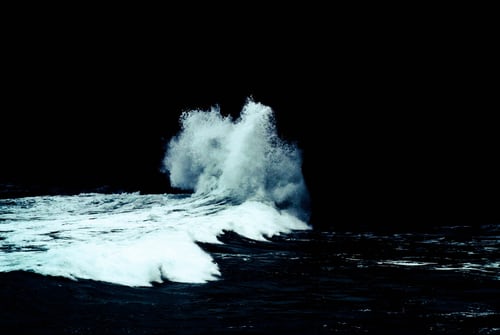 There are eerie parallels between COVID-19 and the Spanish flu epidemic that swept across the planet a century ago. “From February 1918 to April 1920, it infected 500 million people – about a third of the world’s population at the time – in four successive waves.” (https://en.wikipedia.org/wiki/Spanish_flu) Estimates of deaths from this viral pandemic have varied widely, but the case fatality rate may have been as high as 10%. The lack of vaccines or antivirals to prevent or treat this highly infectious disease enabled the Spanish flu to thrive for more than two years.

Despite its name, the first cases of this pandemic were recorded in the state of Kansas, USA. It was caused by the H1N1 influenza A virus, like the swine flu epidemic of 2009. Similar to COVID-19, this may have been a “zoonotic” virus that passed to humans from pigs or poultry. American soldiers travelling to Europe to fight in the First World War probably carried the disease to that continent, whence it migrated around the globe in the following two years.

The first wave of the 1918 flu epidemic was relatively mild, but the second wave beginning in late summer was deadly, killing more than 20 million people as far afield as India. A third wave in January rolled back through Europe, Mexico and the United States, resulting in hundreds of thousands of deaths in the subsequent six months. Then it subsided, only to pop up again as a fourth and final wave in early 1920, mainly around the USA, Europe and Latin America.

Is this multiple recurrence what we can expect from COVID-19? Right now the world is embroiled in a sinister second wave of the coronavirus pandemic. (www.worldometers.info) Globally, daily case increases have reached a new apex — 623,000 on November 6th — although the mortality rate, so far, is much lower than the first wave back in the spring. Nevertheless we are still losing 6000 to 9000 souls a day to the coronavirus. Why are there fewer fatalities this time? Perhaps a weaker strain of the pathogen, improved protections for the elderly and vulnerable, or maybe the worst is yet to come, given the time lag between new cases and deaths.

The first wave of COVID-19 took a deadly toll in Western Europe through March and April. A series of national lockdowns brought the numbers down quickly. Meanwhile the epic entre had shifted to the United States and Latin America. But the hardest-hit Euros last spring — Italy, Spain, Belgium, France and the United Kingdom — have now in October/November posted their highest-ever single-day case totals! And several countries in Eastern Europe that crushed the curve last spring — Ukraine, Romania, Poland, Czech Republic — are currently suffering their first big surge. Russia’s second wave this fall is steeper than its first one back in May.

With 4% of the world’s population the USA has recorded 20% of the global COVID cases and deaths. After cutting a lethal swath through New York, New Jersey and other northeastern states in April, the pathogen plateaued in May, only to spike in the Sun Belt (Florida, Texas, Louisiana, Arizona, California) through the summer. Another mild retreat in September gave way to record-setting surges through the Midwest in October, while many other states are experiencing a second uptick. So you could say that America is facing its THIRD wave now. How could this happen? Clearly the failure of federal and state leaders to recommend and model safe behaviors like mask wearing and avoiding crowds has contributed. Individual freedom has trumped social responsibility for many Americans. The hospitals and ICUs in many states are nearing capacity.

Canada had a modest first wave in April which dwindled through the summer. But in the past month many provinces have been infested at higher levels than ever in a classic second wave. Canada has now topped 220,000 COVID cases and 10,000 dead. However these numbers are only about one-third of the US impact relative to population.

The trajectory of the pandemic has been a bit different in Latin America. Brazil, Mexico, Peru, Colombia and Chile saw new cases climb to lofty heights in June through August, and slowly decline after that. Mass compliance with mandates like mask wearing and social distancing may be helping to slow the spread. Argentina came late to the COVID-19 party, starting its surge in late July and rising through October to alarming levels of infections and fatalities. In per capita terms, these nations (plus Bolivia and Ecuador) have lost as many lives as the USA and each of Europe’s “big five”.

Asia has seen a variety of patterns. Iran jumped to 3000 cases a day at the end of March, levelled off around 2000/day for the next several months, and doubled that daily total in October in a stronger second wave. India, with a huge population of 1.38 billion, didn’t log many coronavirus cases until mid-June, but then surged to nearly 100,000 new infections per day by mid-September. Now it has receded to around half that number daily, but India’s overall tally is nearly eight million positives and 125,000 deaths. Iraq was another late bloomer, ascending in June and holding at 3000-5000 new cases every day since mid-July. Israel had a short sharp spike in September. Some of the Gulf States (Qatar, UAE and Saudi Arabia) posted steep case curves in May/June followed by swift descents, while Kuwait and Oman are still surging.

East Asia has been the #1 success story in containing COVID-19. China sealed the origin city of Wuhan in late January, minimizing the spread to other areas of the country and limiting the body count to a few thousand. Japan, South Korea, Singapore, Taiwan and Vietnam also squashed their initial caseloads and have controlled subsequent minor outbreaks. Australia and New Zealand likewise. Most of Africa has been spared too, apart from South Africa which suffered a short-lived mountain of infections in July.

The global numbers remained scary but quite consistent for three months starting in July: 7.5 million new cases and 160,000 deaths per month. However October exploded: 13 million new positives and 200,000 terminal cases by the end of the month. November could be worse yet.

The COVID pathogen is so pervasive now around the planet that more tsunamis of infection are inevitable. The demonstrated inability of many countries to flatten their coronavirus curves or to prevent second and even third waves has led to at least one projection (www.healthdata.org/covid/updates) that worldwide deaths from the pandemic will double to 2.4 million by February 1, 2021. We are not likely to have a safe, effective and widely distributed vaccine by then. The waves will keep on rolling for a long time yet.