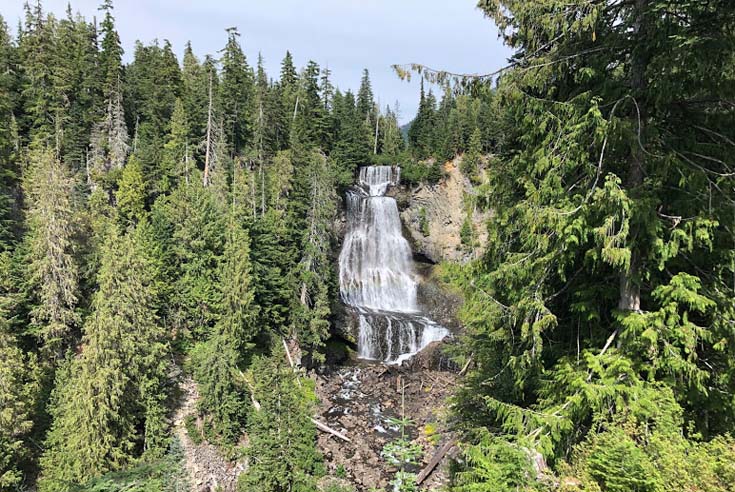 A 25 year history of Ecotrust Canada

Every single day we create stories for ourselves, for others, and for our community.

The economy is part of the narrative a story we collectively write – that defines how we manage available, rurally-based, resources to meet our collective needs. Many interconnecting issues inform how our current economic model has taken us on a path that seems likely to lead us to social and ecological collapse – these include increased and unpredictable effects of climate change, fisheries licensing policies failing coastal harvesters, housing that doesn’t meet the physical or cultural needs of Indigenous communities, high energy costs in remote areas driving poverty and outflows of capital from rural communities.

Ecotrust Canada is a charitable organization that has been working with communities for 25 years to support them in forging an economic path in which social-cultural and environmental concerns are the centre of decision-making.

“Most people walk around assuming that the economy they’re in is the only reality that can exist, and that is not the case. An economy is something that can be changed and needs to be changed to better fit the needs of people and the planet,” says Chuck Rumsey, President and CEO of Ecotrust Canada.

An economy should work for you, not the other way around.

Before we reimagine what that could look like let’s take a step back in time to how the Ecotrust Canada story began.

“Ecotrust Canada emerged in November 1994, just over a year after one of the largest acts of civil disobedience in the country, The War of the Woods in Clayoquot Sound. At that a time in B.C., labour and environment were pitted firmly one against the other over the logging of old-growth forests. It was jobs versus the environment,” said Jacqueline Koerner, co-chair of Ecotrust Canada and founding chair of the organization.

There are four distinct chapters in Ecotrust Canada’s story so far, and Koerner has had a presence in them all.

Chapter One explored the new concept of conservation-based development.

What if you didn’t have to choose between jobs and the environment?

“The idea that Ecotrust Canada was going to create a middle space directed at ‘jobs and the environment’ was heretical at that time, seen as too business for environmentalists and too green for businesses,” Koerner said.

But Ecotrust was an American charity, and, due to federal regulations, Canadian foundations couldn’t fund its work. Trust emerged as another factor going forward. Working deep within Indigenous and non-Indigenous communities in rural and remote Canada demanded a level of trust that needed to be developed over time and with local and ongoing collaboration.

Koerner was a program director at the Vancouver Foundation in 1993 when she was invited to join a meeting with the foundation’s president and Beebe. The foundation couldn’t fund Beebe’s work, but the conversation lit curiosity in Koerner, who agreed to visit Portland and subsequently join the Ecotrust board. After her first Ecotrust board meeting, in the Kitlope in September 1994, Beebe asked her to start Ecotrust Canada.

She agreed to be the founding chair of the new organization, and they hired CBC journalist, Ian Gill, who’d been covering environmental issues, including in the Kitlope, to be the executive director. Ecotrust Canada was granted charitable status in February 1995. With support from both Ecotrust Canada and Ecotrust, the Haisla First Nation was successful in protecting the region in 1996, through the creation of Huchsduwachsdu Nuyem Jees, or the Kitlope Heritage Conservancy.

Fueled by this success, the early days of Ecotrust Canada’s work focused on forming strategic partnerships with coastal communities, and working with Indigenous and non-Indigenous communities to provide the tools they wanted and needed to make informed decisions about their possible futures – Ecotrust Canada called it information democracy.

“In order to create the future a community wants, it needs myriad forms of information including access to quality data,” Koerner said.

Exploring the possible meant adopting a sense of experimentation with the communities in which Ecotrust Canada worked.

One such experiment lasted 10 years. The Coastal Loan Fund supported small-scale entrepreneurs operating triple-bottom-line businesses, meaning there had to be an economic, social and environmental benefit.

Chapter Two of Ecotrust Canada was embedded in the establishment of the loan fund, marking the shift of the charity from facilitating ideas and plans, to actually investing in them and bringing them into being. From 1998-2008, the program extended 87 loans worth $10.7 million to entrepreneurs in rural, remote and Indigenous communities. Clients were able to leverage an additional $40 million in loan capital, and approximately 900 jobs were created.

In one example based in Prince Rupert, B.C., in which Ecotrust Canada continues a long-term community office and presence, Area A crab harvesters there sought out Ecotrust Canada’s assistance in improving their self-monitoring of their fishery. Ecotrust Canada worked closely with the crabbers to build a proof-of-concept design in 2011, based on open source technology, harvester input and affordability for this small boat fishery.

With the success of this prototype, small-boat fish harvesters from different fisheries and from different locations became interested in this small-boat scaled monitoring technology and support program. With this demand, in 2019, the program was placed outside of the charity in a social enterprise called Teem Fish Monitoring, this was the fifth social enterprise the charity has launched over its history marking Ecotrust Canada’s practice to further its charitable mission impact beyond that of a singular charitable organization.

Another success story can be found in the Cheakamus Community Forest, where Ecotrust Canada worked with the Lil’wat and Squamish First Nations, and the Municipality of Whistler, in 2008 to reimagine an alternative approach to forest management. The Cheakamus Community Forest has since met B.C.’s carbon offset standard and has sold its first batch of offsets to the provincial government, businesses, and individuals. This project is a blueprint for how community forests and tenures in Canada can promote more sustainable forest management while also strengthening local economies.

Ecotrust Canada has become an expert in providing the tools for rural, remote and Indigenous communities to write their stories. Yet, Ecotrust Canada, has not yet told its own story.

It’s not exclusively an environmental group, a community development charity, or a social justice organization.

“We’re not interested in fitting into someone else’s perceived bucket. We’re interested in actually tackling the problem that we see,” says Rumsey. “We put economy front and centre — it’s both the problem, and the solution.”

In the simplest of terms, you could call Ecotrust Canada a catalyst for public benefit through socio-economic-ecological inclusion.

Environmental degradation and an ever-growing disparity in wealth are driving a wedge between people, and between people and the planet, Rumsey says.

“Ecotrust Canada is focusing increasingly on what we call supporting an economy that provides for life, which means understanding what people really need to live lives of well-being and dignity – and what an economy needs to be delivering on, including clean and affordable energy, sustainable housing, well-managed fisheries, and a healthy environment.”