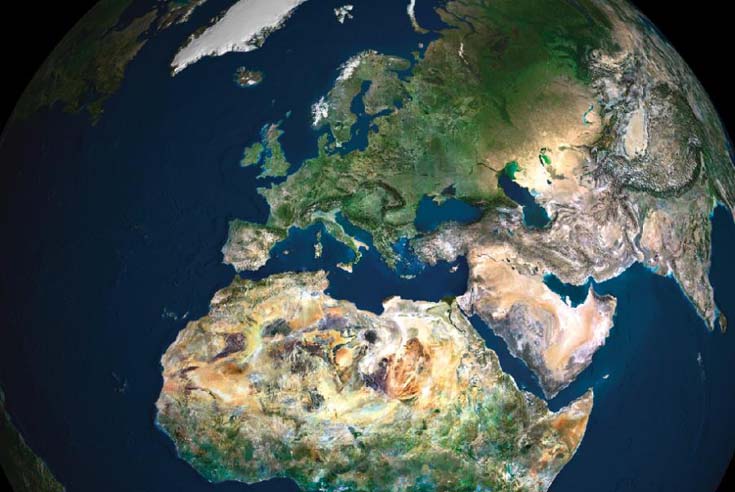 “The descent beckons as the ascent beckoned.” – William Carlos Williams

“I said to my soul, be still, and wait without hope
For hope would be hope for the wrong thing.” – T.S. Eliot

“Some stories, culturally, we need to walk right out of!” – Martin Shaw

I must begin with a caveat. You may not want to use what you are about to read as a conversation starter following your next dinner party. I speak from experience. (For that matter, probably best not to talk about the weather anymore, either.)

A poll released by CBC today (June 18, 2019) suggests that while 63% of Canadians now see the climate emergency as a “top priority.” 65% of the respondents believe that “Canada is not doing enough to fight climate change.” Yet fewer than 50% would be willing to see their taxes increase as part of their own effort to do something. (17% would be willing to increase taxes by $100/year!) There continues to be a significant disconnect!! Earlier in the week, Canada’s Parliamentary Budget Office suggested that even with the projected income from the carbon tax, Canada will still fail to meet its Greenhouse Gas Emissions target by 2030. Such statistics provide scant hope that the climate crisis will be averted.

For some years, a range of writers, including Paul Kingsnorth of the Dark Mountain Project (Confessions of a Recovering Environmentalist), Carolyn Baker (Collapsing Consciously), Guy McPherson(Only Love Remains, Dancing at the Edge of Extinction), David Wallace-Wells (The Uninhabitable Earth) and others, have been exploring the possibility and meaning of imminent or near-term social and environmental collapse. Many of these writers, like Jared Diamond in his text Collapse, base their work in the seminal writings of the America historian Joseph Tainter, notably on his 1998 “Collapse of Complex Societies”. These authors have been been categorized as “doomers”. One of the latest researchers to have been added to that derogatory category is Jem Bendell, Professor of Sustainability Leadership at the University of Cumbria, in Carlisle, Northwest England.

I assume that some readers will already be familiar with Jem Bendell’s (2018) article, “Deep Adaptation: A Map For Navigating Climate Tragedy”, which went viral following publication after being rejected by peer academic review. It hasnow been read by over 100,000 readers. As of the end of June, the on-line Deep Adaptation Forum, consisting of both Discussion Groups and Task Groups, now has over 1,000 members.

For those of you who have not yet read this article, his argument is as follows. For decades, there have been alarms raised concerning the “state of the world”, including global warming, but not only has “civilization” failed to respond, but there are also significant structural and psychological constraints on grappling with the consequences, namely near term societal and ecological collapse. Bendell’s article culminates a journey that begins with Rachel Carson’s (1962), Silent Spring, continues through the Club of Rome’s (1972)Limits to Growth, and the Bruntland Report (1987); a journey that is punctuated with moments such as the Exxon Valdez, the recession of 2008, and most recently in the range of IPCC reports and the 2019 UN Global Assessment Report on Biodiversity and Ecosystem Services.(See Bill McKibben’s recent Falter for a devastating overview of our collective situation.) Despite this history, attempts to change course have been inadequate. The slide toward imminent, near term collapse of global economic and environmental systems continues unabated. Political response continues to be a demand (and hope for) mitigation of this trajectory, to no avail. Each cry of alarm is followed by hand wringing and the establishment of yet another timeline, after which response will be futile.

Bendell suggests that it is necessary to shift the consensus away from the hope that somehow, through some combination of technology and tinkering with the current economic system of global capitalism, Collapse might be averted and humanity can move toward a “sustainable” (if not utopian) future. He asserts instead that it is critical that “humanity” accept the inevitable and plan for conditions that will follow the Collapse – hence, deep, rather than “shallow’ adaptation to crisis.

In response to the non-linear changes now afoot, Bendell invokes the notion of Deep Adaptation, consisting of three elements: resilience, relinquishment, and restoration. Resilience asks us “how do we keep what we really want to keep?” Relinquishment asks us “what do we need to let go of in order to not make matters worse?” Restoration asks us “what can we bring back to help us with the coming difficulties and tragedies?” The task now, he suggests, is to “connect people who are accepting that societal collapse is either likely, inevitable, or already unfolding, so that they can begin to share ideas and build positive initiatives from that starting point.” He has described being able, “in a supportive environment, where we have enjoyed community with each other, celebrating ancestors and enjoying nature” to directly look at the facts of our situation and frame appropriate responses to it.

Bendell’s article has not only galvanized readers but has drawn considerable criticism as well. Some, such as Michael Mann, have suggested that his argument is not supported by facts or by current climate modeling. Others (e.g., Lent,) are dismayed by what they claim is a debilitating focus on despair, as opposed to the maintenance of hope. They parse the differences between collapse, catastrophe and extinction. Some complain that his article, with its combination of empiricism, auto ethnography, and exhortation is unworthy of academic attention.

But the strength of the piece is not to be found in its scientific argument, nor a psycho-philosophical discussion of duality, but in its function, its dance, as poetry, poesis. In a conversation recorded between Bendell and Joanna Macy, on June 6, 2019, Joanna noted, “this is a moment of such exquisite realization,” invoking a vision of beings throughout the multitudinous Buddha-fields observing from on high, each longing for rebirth here in this most miraculous of times!

What an outlandish thing to say!!! And yet, what is this moment? What we have known and experienced is in the process of ending. Bendell, with others, is providing us with a new story: a co-creation, that we are making collectively, a seeing through and into, what is. Perhaps, Collapse can, in some terrible way, be seen as an invitation. The article is reminiscent of Gary Snyder (and friends’) (1969) Four Changes. That manifesto concluded with advice “to draw our strength from the realization that at the heart of things is some kind of serene and ecstatic process that is beyond qualities and beyond birth and death…knowing that nothing need be done is the place from which we begin to move.”

Bendell’s position functions as a koan for our times. A purely rational response is woefully inadequate. To begin, it is necessary to imagine and to feel the unthinkable! Do we have the capacity to hold in attention the reality of Collapse, let alone Extinction? What possibilities open as we imagine the demise of civilization as we know it, of the majority of primate species, the loss of integrity of the sources of life in sea and soil? What practices of personal and collective grief, of compassion and radical love, might enable us to bear what is to come?