The Health Effects of Climate Change 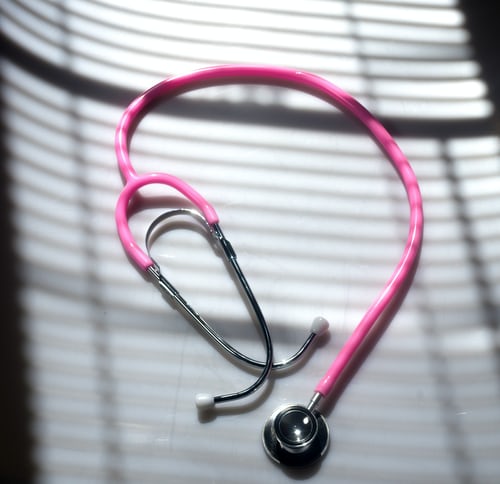 2020 has been a challenging year for most of us. When we look back on it from the future, it will likely be defined by Covid-19. The SARS-CoV-2 virus has directly affected the health of many more than we were able to count worldwide, with both young and old needing hospitalization and causing the death of over 1.2 million to date. While we do not yet fully understand the long term impact of this virus on our health, we do know that some of those infected, including those with minimal symptoms initially, are still feeling the impact months later with persistent fatigue, headaches and difficulty breathing.

On a broader scale of time and magnitude, Climate Change will be the defining issue of this century. The World Health Organization has declared the Climate Crisis the greatest health challenge of this century. While the link between climate change and health may not be immediately clear, environmental degradation in general is already responsible for millions of premature deaths annually worldwide, and we will increasingly feel the impact of climate change itself on our health.(See Footnote 1)

The direct impacts of Climate Change are the most obvious. These include the traumas, both physical and mental, of severe climate events. For example, as global temperatures rise, severe heat wave events have increased in frequency. Such heat waves cause heat stress and heat stroke, acute kidney injury, and exacerbation of congestive heart failure. The very young and very old are at highest risk of problems. Young children, in particular, have a greater risk of electrolyte imbalance, fever, respiratory disease, and kidney disease.

Flooding events are on the rise around the world, as we have experienced here in BC and across Canada. Flooding events result in direct physical injuries and death, as well as the spread of disease microbes though insects and through the water itself.

Forest fires and wildfires are another example of extreme climate events becoming all too familiar here in BC. The health effects of wildfires range from direct thermal injuries and death, to flare-ups of asthma and other acute and chronic respiratory diseases due to exposure to wildfire smoke. People may experience these health effects even hundreds of kilometers from the fire itself.

More frequent and severe tropical storms over larger areas of the world are causing direct physical injuries and death, as well as health risks associated with the destruction of shelter and infrastructure. Prolonged drought remains one of the most dangerous environmental events causing premature death. Drought affects hygiene and sanitation, leading to health problems related a variety of infections.

These extreme weather events have their impacts on mental health as well. We are seeing increasing rates of PTSD, or Post Traumatic Stress Disorder, directly related to these events, as well as anxiety and depression in those who have lived through these extreme weather events with their associated losses of life and property. Others are vicariously living these events through the increasingly available videos and narratives, and they are experiencing the same psychological effects from these traumas  in what is known as Pre-Traumatic Stress Disorder.

But the effects of Climate Change on health doesn’t end there; the indirect health effects account for considerable morbidity and mortality and this is expected to rise in the coming years. For example, with heat wave events comes the increased risk of interpersonal and collective violence.

Food insecurity and malnutrition are indirect effects of climate change as well, through different pathways. Droughts cause famine due to reduced crop yields, which leads to food insecurity and malnutrition. Additionally, climate change is causing changes in the temperature, oxygenation and acidity of ocean waters, affecting fish and seafood populations upon which 2.3 billion people depend on as a source of protein.

Changing food supplies such as those related to prolonged droughts may lead to migration of populations, which in turn lead to increased conflicts around the world, another indirect health problem.

Climate change affects the distribution and risk of many infectious diseases as well. The range of diseases such as dengue, malaria, and cholera is expanding to areas where the climate was previously unsuitable for transmission. The insects carrying these diseases are surviving and thriving in increasingly larger habitats due to a shift in climate. Here in BC and Canada we are seeing the spread of diseases such as Lyme disease, carried by certain species of ticks not previously seen here.

These many environmental factors together may influence a given person’s health. There are several well- known social determinants of health, such as education and income, both of which have been shown to be related to health outcomes. A relatively new determinant of health, one’s environment, has been proposed, but is not yet widely considered. One’s access to clean drinking water, clean air, and healthy soil for food are environmental factors which will affect health in the shorter and longer term.

As with Covid-19, Climate Change disproportionately affects the poor and the vulnerable, in both the health impacts and in capacity to respond to changes. Wealthier countries are by far the larger producers of emissions contributing the climate change on a per capita basis, and Canada is in the top 5 globally.

With the increasing impacts of climate change, our health care systems will need to adapt. These adaptations come with a cost, but not all countries and populations are able to support these costs.

In 2018, a total of 831 climate-related extreme events resulted in overall global economic losses of US$166 billion. Although most losses were in high-income countries and insured, no measurable losses from events in low-income countries were covered by insurance. For example, compared with maintaining a 2°C limit, the costs of 3°C of warming are expected to reach US$ 4 trillion per year by 2100 (around 5% of total global GDP in 2018), and the total economic costs of a 4°C rise are estimated at US$17·5 trillion (over 20% of GDP in 2018).(See Footnote 2)

The UK’s independent Committee on Climate Change calculated that achieving net-zero emissions in the UK in 2050, in line with the more ambitious objective of the Paris Agreement, is likely to require investments of 1–2% of the UK’s GDP in 2050. However, if the economic value of co-benefits to human health and the creation of low-carbon industrial opportunities are considered as well, the economic implications are likely to be positive.

The economic cost of the effect of air pollution on health has been estimated as well. Across Europe, improvements in particulate air pollution from human activity were seen from 2015 to 2016. If the change in pollution over these 2 years remained the same over the course of a person’s life, this difference would lead to an annual average reduction in years of life lost worth €5·2 billion.

The scenarios above describe the considerable health impacts and their related economic costs to society. However, as with Covid, Climate Change also presents an opportunity for change – to a society with cleaner air and water, healthier ways of moving around, and better mental health for all.

Indigenous peoples worldwide have had a longstanding close relationship with nature, and a deep understanding of the inextricable link between planetary and human health.

From the Indigenous Peoples’ Statement:

“Understanding our place in the natural world in relational ways leads us to consider how access to the natural environment shapes human health and wellbeing, the impacts of our activities on the environment, and our inalienable collective responsibilities of stewardship which will benefit future generations. Within Indigenous worldviews our relationship with the natural world is characterized by reverence and values that include sustainability, guardianship and love. Planetary health is understood as the health and wellbeing of Mother Earth and of humanity as an inextricable part of natural ecosystems.”(See Footnote 3)