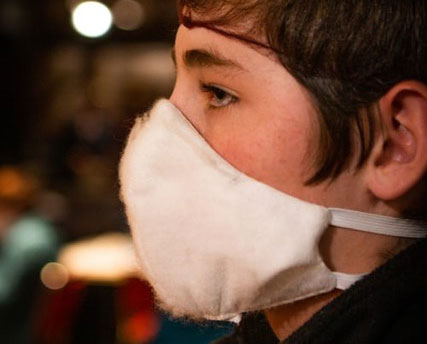 The coronavirus continues to rage worldwide. As of today the WHO has recorded more than 1.6M cases and 95K deaths, a fourfold increase in the past two weeks. Almost one quarter of registered cases have recovered, but 49,000 people are serious/critical.

By clicking on the underlined country names in https://www.worldometers.info/coronavirus/#countries, you can access graphs indicating the progression of COVID-19 cases and deaths, plus daily totals for the past week for each country. These updates also contain some useful explanatory notes. For example, an apparent one-day spike in cases and/or deaths is explained as a cumulation of previously unreported numbers from nursing homes (see France, April 3 and Belgium, April 7).

The hardest-hit European nations, Italy and Spain, may at last be on the downside of their Bell curve after nearly three weeks of 4000+ daily new cases and 500-800 daily deaths (Italy), and two weeks of 5000+ daily new cases and 700+ daily deaths (Spain). But since the end of March, France and the UK have been surging in both categories. Belgium and the Netherlands are showing similar troubling trends. All six of these countries are above 10% in case fatalities, and they all continue to have thousands of serious/critical patients.

Of course the big story so far in April is the USA explosion: 25,000 to 35,000 new cases per day and 1000 to 2000 daily deaths. The US country notes for April 6 further suggest that hundreds of home deaths per day in New York City, the epicenter of the US epidemic, may not be included in these totals due to a lack of testing capacity. New York State has logged about 40% of America’s official virus cases and fatalities to date, but a cascade of hot spots is likely to follow in other states. The most optimistic forecast calls for 60,000 US deaths by midsummer.

Other observations: Iran has been at a plateau of 100-150 fatalities per day for nearly a month now, although new cases are declining slowly. Relative to population, Canada has less than half of the US cases and less than one-third of the deaths. Brazil and Russia are moving fast up the ladder of cases. Sweden’s relaxed distancing policies (in order to develop herd immunity) may be backfiring, with a second surge happening this week.

There is some good news: Wuhan China, where the coronavirus started, has ended its lockdown, and some of the less-afflicted European countries (Austria, Czech Republic) are preparing to reopen.