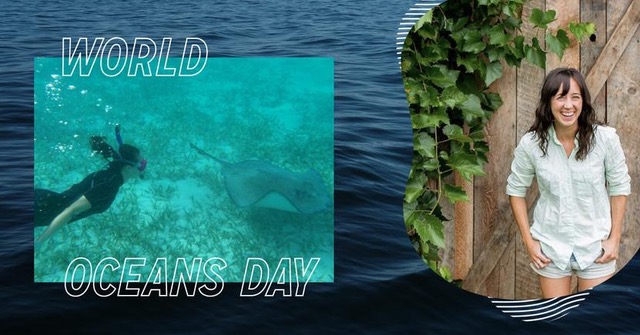 As a marine biologist, Nada’s CEO & Co-Founder, Brianne Miller, has witnessed first-hand the devastating impact of plastic on the environment. It’s estimated that 9.1 billion tons of plastic have been produced since 1950, and close to 5.5 billion tons are no longer in use and not recycled. After seeing one too many remote field sites littered in plastic debris, Brianne began to wonder why there wasn’t a better way to shop – a way without so much waste!

Brianne has always had a deep love of the oceans. The magic of diving with dolphins and scouring reefs for nudibranchs is something that she wanted to preserve for everyone. Brianne realized that the current grocery models were broken, and even the most ethical, local, and organic example, was still caught in this cycle of waste. And so, she asked the simple question that would positively change things forever. What if food … was just food again? With a leap of faith, a few jars, and some dear friends, the Nada story began.

Alison Carr (Nada Co-founder & CSO) grew up outside, spending weekends on soccer fields, in her backyard garden, going camping, and spending endless hours beachcombing. Combine this with her family’s love of food and people and you get a gal who, naturally, is drawn to independent grocery stores – vibrant spaces that combine all of these things under one roof. Little did she know that she’d eventually find a business partner who had plans to open a grocery store. And better yet, waste-free!

Together, with a not-so-secret plan to stock the shelves with their favourite foods, Alison and Brianne teamed up to design a package-free food supply chain rid of excess and waste. The result? A new way to grocery shop and a commitment to both healthy people and a healthy planet.

It’s hard to escape plastic or even imagine a world without it. It comes with the consumer products at stores, makes up single-use packaging, and is even hidden in the fibers of our clothing in the form of microplastics. However, a global crisis has arisen from plastics accumulating in our oceans and on our beaches.

Did you know that plastic is so indestructible that every piece of plastic that has ever been created is still on our planet today? But what exactly happens to all the plastic that remains in the ecosystem? Under the influence of wind, currents, solar UV radiation, and other natural factors, plastic breaks down into microplastics and nanoplastics. These toxic, invisible plastics are ingested by marine life and us humans. Marine wildlife also suffer from injuries, entanglement, and reduced survival and swimming ability from larger plastic debris.

We hope this story raises awareness for our waterways, watersheds, and oceans and to encourage our community to take action to preserve, conserve and protect. By sharing Brianne’s story, we hope to inspire others to take action for our oceans and to support circular economy businesses centered around a commitment to both healthy people and a healthy planet.