Shapes of the Curve – Covid19 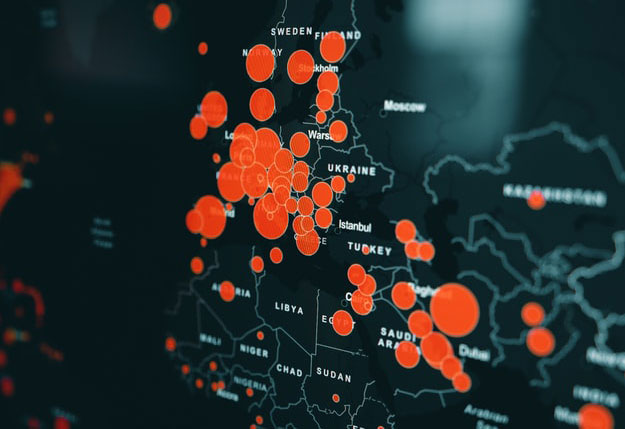 We tend to think of the coronavirus curve as a single symmetrical mountain shape.  However COVID-19 can often trace other paths.

Bactrian camels are rare in Iran, but that country is revealing a double-hump pattern in its coronavirus infections.  After spiking at more than 3000 daily new cases at the end of March, Iran relaxed its lockdown in early April.  The curve receded for a month, down to 1000 per day, before climbing steadily again in May.  This week it has re-peaked above 3000.  Beware the second wave!  Iran’s death toll has not yet neared its previous 100-to-150 daily levels, but that seems inevitable soon.

The image of a stegosaurus is invoked by the multi-spike pattern of cases and fatalities in Sweden.  The architect of Sweden’s “laissez faire” COVID-19 policy, Dr. Anders Tegnell, has now admitted that in the absence of restrictions too many have died — 4656 to date, four times as many as nearby Norway, Denmark and Finland combined.  Those countries have now closed their borders to Swedish arrivals, as new cases have reached all-time highs in the past few days.  Sweden’s low testing rate (less than 3%) is another puzzling aspect of its strategy.

Resembling a lemur, the United Kingdom‘s fat-tailed virus curve has been sloping downward more slowly than its European neighbours.  While Italy, Spain and France are now logging just a few hundred new daily cases and mere dozens of deaths, Britain continues to average 2000 infections and 200 terminal cases, six weeks after its peak.  This pattern is likely to persist as the UK relaxes its restrictions.

Like the flat back of a turtle, the USA has been holding at a plateau of 20,000 daily COVID-19 cases and 1000 daily deaths for the past six weeks, after reaching apexes of almost twice those numbers in late April.  In addition, the turtle motif aptly captures the sluggish American government response to this pandemic.  The flat trajectory will probably be sustained through the summer now that the US has largely reopened.

Globally, the coronavirus is nearing seven million cases, of whom nearly half have recovered.  More than 400,000 have died worldwide.  Both categories have been maintaining daily plateaus for several weeks: 100,000+ new cases and 5,000 fatalities.